It's going to be a good drying day today with a top of 35C (95F).  So before I throw the boys towels in the washing machine I have taken a photo. 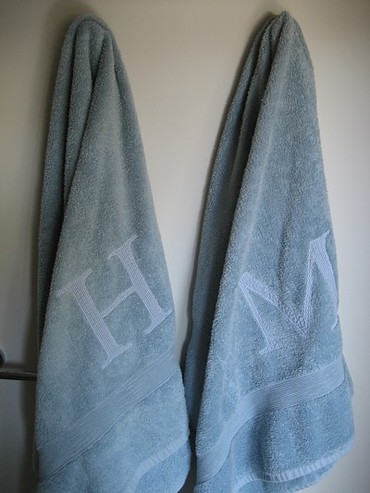 When several people share a bathroom I think it's nice to know whose towel you are reaching for.  With a bit of indispensible vlisofix the problem is solved.  The boys rather like their monogrammed towels and always take the time to pick the right one. 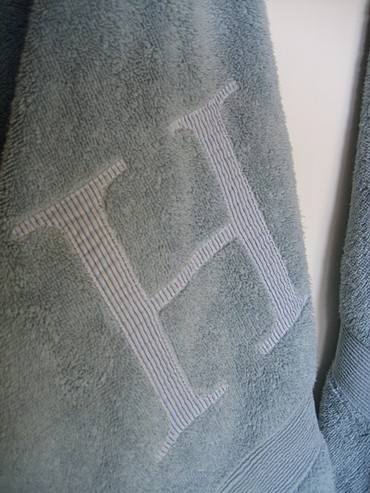 I think I'll have to attack Mum's supply of towels at their beach-house.  Our family of 5 shares a bathroom with my brother and his girlfriend.  A few initials wouldn't go astray there!

you take the greatest photos! That color blue almost makes me smell the salty air!