My favourite colour combination is raspberry and ice blue.  That's what I'm going with for my upcoming winter range. 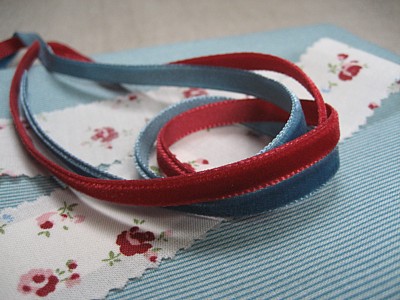 I had great plans to achieve a lot today.  But after staying up late to watch the Oscars, I am incredibly tired.  The most I can aim for is a sample top, ready for one of the unsuspecting boys to try on after school.  I am looking forward to having a female house model in the years to come.  Henri just looks odd in floral tops or sundresses - which is probably a good thing.

Stolls, wraps, scarves - I love them all.  I particularly love my pom-pom wrap that I bought this time last year.  I wore it every time I went out on winter evenings and I always felt warm and chic in it (although I amy not have looked it - chic that is). 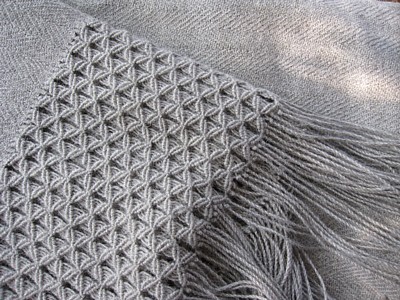 So when I found myself in the same shop earlier this week and saw what they had to offer this winter, I couldn't resist.  More fashion with craft appeal.  This one features a macrame border.

And the best part is it looks fabulous draped over the back of one of our bargain armchairs (soon to be reupholstered in a chocolatey-grey Belgian linen) in the recently painted front sitting room.  So when it's not draped around me, you'll know where it can be found.

So much to do, so little time

With a little over 12 weeks until baby arrives, there is much to do.  In that time I have to:
* design my winter and summer ranges,
* source the fabrics,
* make the patterns,
* put winter into production,
* make samples of all styles in specific sizes to fit the models,
* photograph the ranges,
* put the winter range onto the website, and
* launch it to my customers. 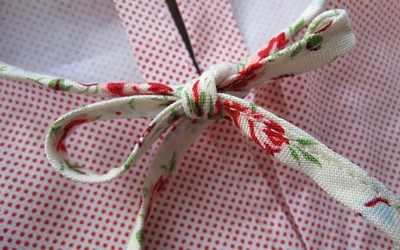 The incentive to getting all that work out of the way is a little down time to enjoy my new baby come mid May.

This week I've been working on a new girl's winter top and I'm relatively happy with the samples.  Today I drove all over town sourcing fabrics and trims with some success.  It's coming together - provided the fabrics I have fallen in love with are in stock. 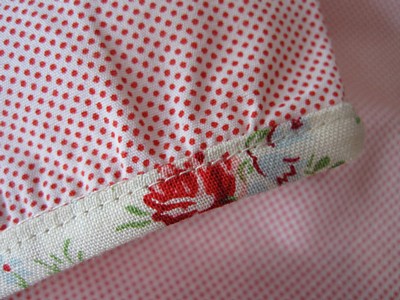 The ones pictured are from ranges past, so will not feature this winter.  But this is the look and feel I'm aiming for.

One for you, one for me

A customer interstate has just had her fifth child - a second daughter.  I have been making clothes for her children since the christening of her first child.  We have very similar taste; so I'm always happy to make special orders for her, as they are items I would choose for my own children. 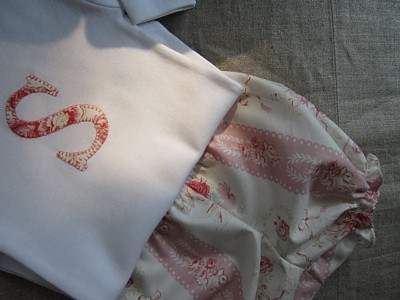 She asked for some coordinating bloomers to go with the bodysuits.  I thought this was such a lovely idea, that I will be making two of each - one for Miss S and one for our bub-to-be. Rather than hemming the legs with plain elastic, I prefer a rolled hem with shirred elastic for the gathering.  I think it's much sweeter and softer.

The lovely thing about these bloomers is that they don't require much fabric, so I'm raiding my stash for all the pretty scraps.

After I pulled apart the first version of the pink quilt, I was left with many squares of linen.

They were the perfect size with which to make little lavender filled hearts.  I used the same fabrics that went into the quilt. 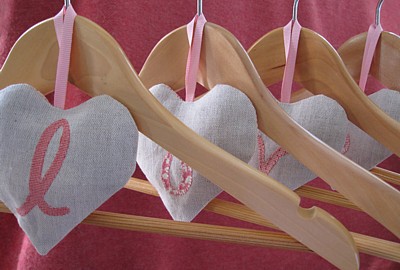 They can go over hangers and sit amongst baby's clothes to freshen the wardrobe.

Getting acquainted with pink

Yesterday I did something I never do - I spent the whole day on something just for me (well I mean the part between school drop off and pickup).

I resisted the urge to work on Townmouse.  No customer orders went out.  No housework got done (although that's nothing unusual).  I spent the six hours working on a baby quilt.

Remember this quilt?  I decided I didn't like the linen blocks in it - they were a little too heavy for the delicate pinks.  And after seeing the beautiful quilt in this post on Sharilyn's Lovely Design blog, I decided to reset the blocks in a white background. 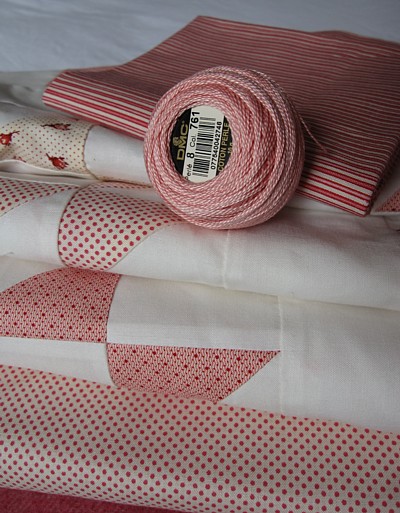 I'm now much happier with the result.  I'm making it into a single bed quilt.

When I was at Amitie buying the batting and thread, Jenny - the owner of the store, remarked that she was unused to seeing me working with pinks.  And it's true that all my other finished quilts have been blue.  I'm slowly coming round to pink.  Soon, no doubt, I'm not going to have much choice.

Today Tom turned 7.  A while ago he mentioned the need for a box to keep all his art supplies in.  I immediately thought of Sally's great gift idea of a tool box full of treats . 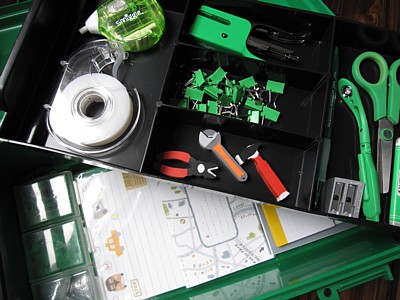 First stop was a hardware store for the toolbox.  I then visited several stationery stores to stock up on the basics - the things that always disappear from my studio - like sticky tape. 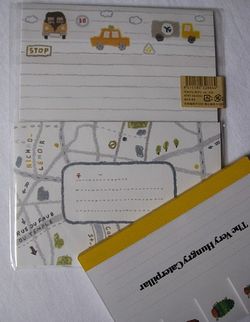 There was room in the underneath section for some cute notepads and stationery from my Japanese stash.

Tom is old enough now to learn the important art of writing thank you notes.  I thought this traffic themed notepaper would be just the ticket.

Big brother Max is now envious, and wants his own toolbox.

From way too hot to ultra cool

On Saturday we flew to Sydney for a friend's wedding.  Our state had its hottest day on record, with a top temperature of over 46 degrees celsius (114 farenheit). 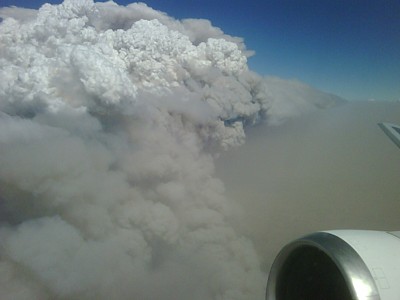 Just north of Melbourne our plane skirted the most amazing cloud formation we had ever seen.  Will and I thought it was the cold front coming through.  We hadn't been near a radio or television for many hours so had no idea we were seeing clouds formed by the worst fires in the state's history.

The death toll keeps getting worse and looks likely to exceed 200 people.  Many homes and complete towns have been wiped out.  The media is calling it Black Saturday. 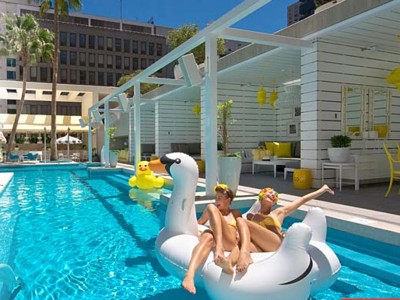 We, in stark contrast and complete oblivion, spent the night celebrating our friend's wedding at the Pool Club, part of a very stylish restaurant and bar complex in the centre of Sydney.  Despite me being 6 months pregnant we didn't leave until 2am - it was just too much fun.

It wasn't until we returned to our hotel that we heard the news of the fires.  It cast a very sombre mood over the whole weekend. 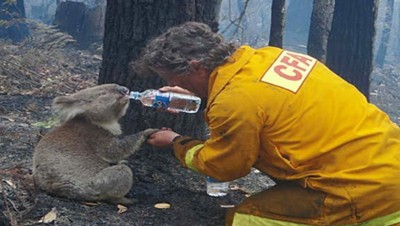 The boys and I are sorting clothes and going through other possessions we can donate.  Someone at Will's work is coordinating a collection to go to the victims of the fires.

It's very quiet on the blogging front as I deal with technology issues.  My digital camera got munched in the tailgate of the car, and my laptop has an overheating issue in this Melbourne heatwave.  On certain days, the only way I can get it to work is by putting it in the fridge for a while. 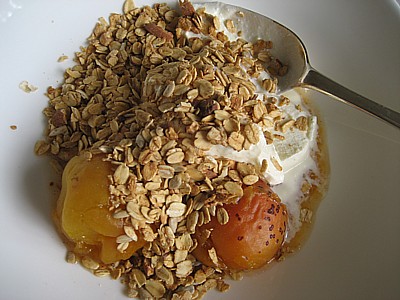 My laptop has been sharing a shelf in the fridge with stewed organic apricots - from trees in my parents' garden and Will's mother's garden at Flinders.

I stew the fruit with some brown sugar and eat them with greek style yoghurt and toasted muesli - perfect for any meal of the day. 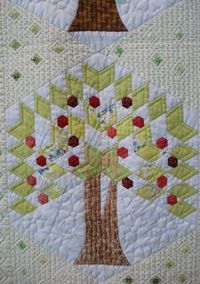 Jennifer from Moving Hands has posted photos from the 2009 Tokyo International Quilt Festival on Flickr.

I always enjoy the photosets from this quilt show.

Thanks for sharing all the lovely quilts Jennifer!

You can view Jennifer's photos here.