After a trip to a wonderful destination I like to hold on to the feeling of the place for as long as possible. 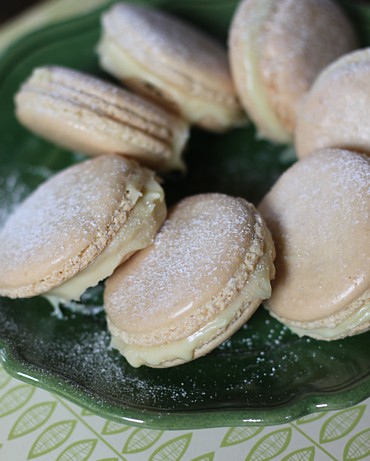 My first trip to Europe coincided with the launch of Christian Dior's perfume, "Poison".  We were in Germany and France over Christmas and the department stores, or literally the whole continent, smelt of Poison.  A few weeks later when I was back in Melbourne I got a hint of Poison as someone walked past in a crowded bar.  It was the most amazing moment - to be completely transported back to Europe by my sense of smell.  As soon as the perfume launched in Australia I handed over my hard earned pocket money for the smallest bottle - simply in order to travel in my mind back to a magical place.

Baking my own macaroons doesn't have quite the same immediate effect, but the boys were grateful for my efforts at least. 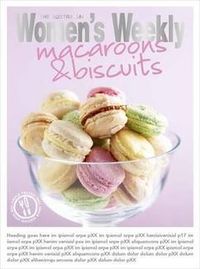 I made them while I was jetlagged so did really silly things like adding the icing sugar without sifting it; which meant that all the air was mashed out of the whipped egg whites as I hunted for rocks of icing sugar with my spoon!

For a first attempt they passed, but could certainly be improved upon.

The recipe was from this book.  There are quite a few other yummy looking recipes in it too.

I'd love one of those right now with my cup of tea! Which reminds me - when are you free to catch up?

wow they look beautiful! Ok now that my new macaron book arrived I'm going to try them out this week!!!!!!!!!

I think if they are sweet and a biscuit they won't last long at my house!

I am very impressed I have been buying macarons from Laurent and love them esp the pistachio ones but I said to my husband the other day now this is one thing I am never going to try to make ! xox